The Mediopadana station of the High Speed Line in Reggio Emilia will be ready in a few days, but not yet completed: the works infact will end in December 2013. 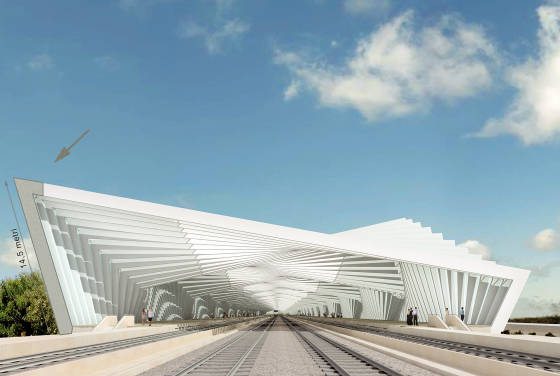 The trains, 18 in all, will begin to travel since 9 June 2013, but the official inauguration of the work signed by the architect Calatrava will be on June 8, in the presence of the authorities.

The original idea of “sail” proposed at first by the Spanish architect, has been adjusted and adapted with a wave, to create a detachment from the architectural design of bridges, without sacrificing the harmonic factor and uniformity that characterizes all the project. 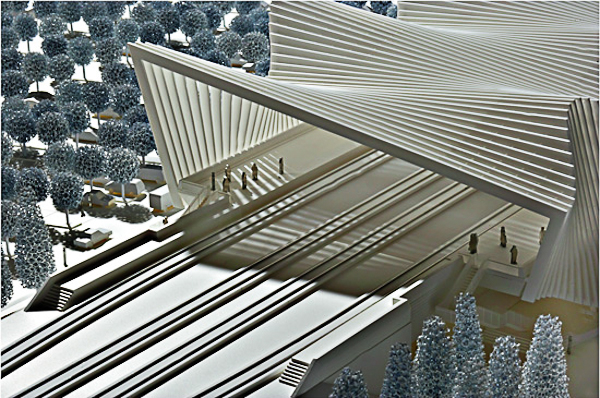 The work has been designed so that there is replication of a 25.40 meters long model formed by the succession of recurrence in 13 steel portals. Each module is formed by 25 portals, which repeating in sequence, allow to reach the total length of 483 meters, creating the effect of “dynamic wave”, which generates a volume in three dimensions. The structure of the arcades wants to create a visual effect similar to a succession of waves. 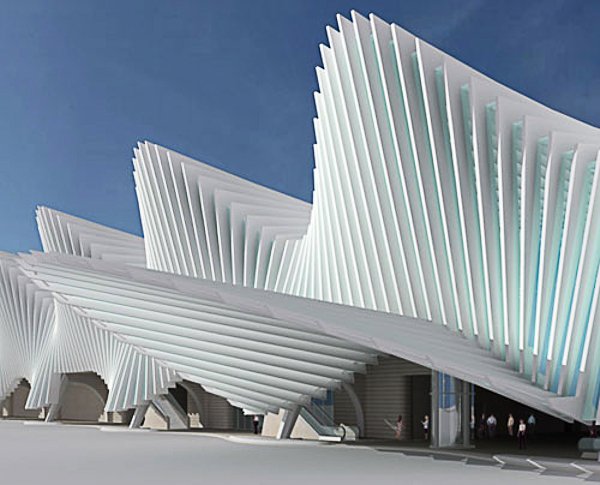 For the docks up and down, the trains will be built in a cover laminated glass panels positioned through the use of an aluminum frame. The materials used in the project are mainly steel and concrete, both painted in white, and the glass, placed among the hotels in porch.

The Mediopadana is the only stop in the high-speed line in the Milan – Bologna and is about 4 kilometers north of the center of Reggio Emilia: the station is easily reached from the highway and is located less than a kilometer from the exit of Reggio. The new station will serve a potential pool of about 2 million people: from Piacenza to Modena and the provinces of Cremona and Mantua.

With the station it will be possible to reach Milan in 40 minutes and Bologna in about 20 minutes.