Among the churches and ancient buildings of Rome, a new modern architecture reshapes the landscape of the historical center of the city.

The Lantern, is the dome of glass and steel with a triangular geometry signed by the famous architect Massimiliano Fuksas that stands on the roof of the former palace of the ex Union Military Building in Via Tomacelli. 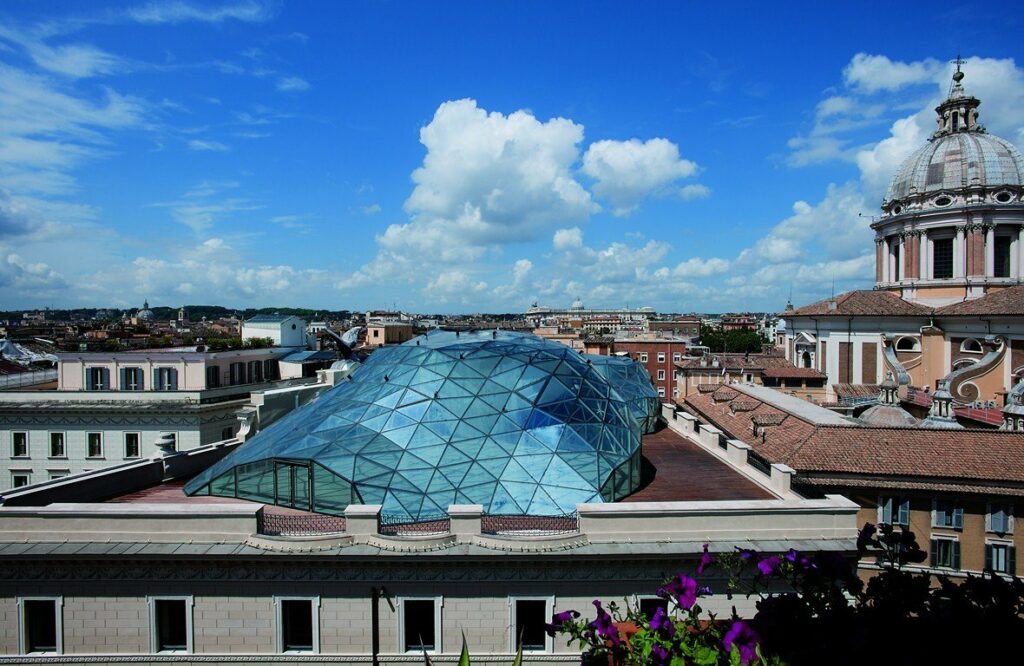 The project was commissioned to the roman study of architecture from the Benetton group, who then sold the building to the Swedish clothing brand H&M, and involves the requalification of a building of 6 thousand square meters, situated right in the shopping area of Rome, between Via del Corso and Via Tomacelli. 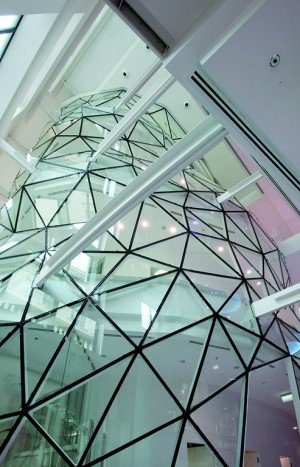 The Lantern from inside the building

The great “lamp” as it is called from the experts because of its wavy shapes, crosses all four floors of the building and then emerges to cover the panoramic terrace of about 300 square meters offering a breathtaking view of the dome of the Basilica of Sant’ Ambrogio and Carlo al Corso. 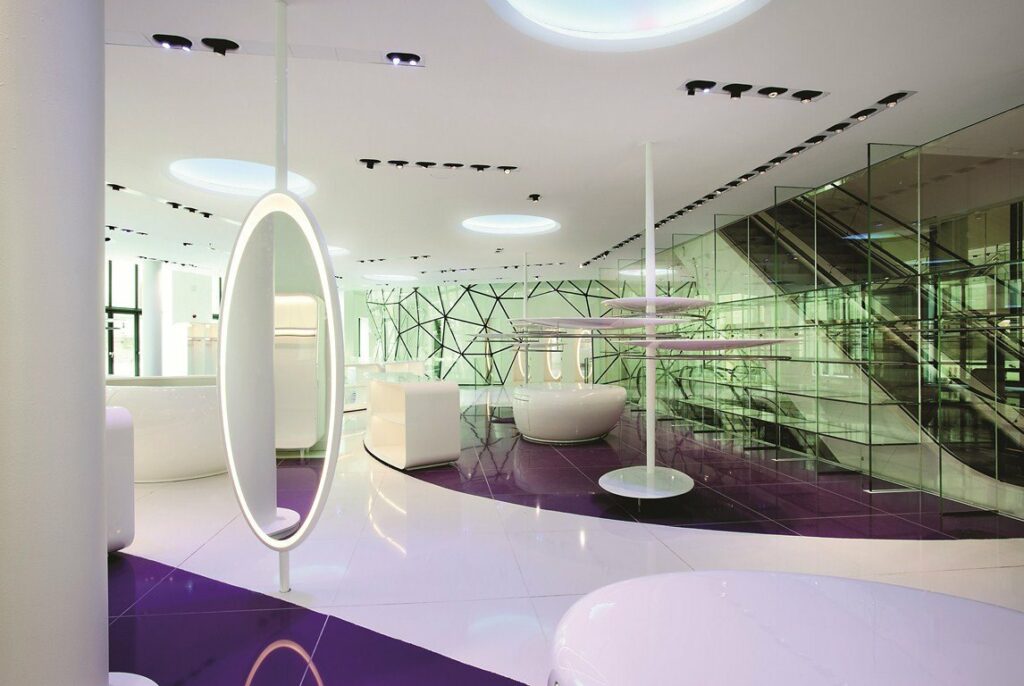 The interior of the former Union military redesigned by Massimiliano Fuksas

The lantern of Fuksas is visible from various viewpoints of Rome and offers a show of lights and colors: during the day it takes the form of a large irregular mirror and in the evening, thanks to the light design on the facades of the building, it looks like a large lamp hanging on the sky of Rome.